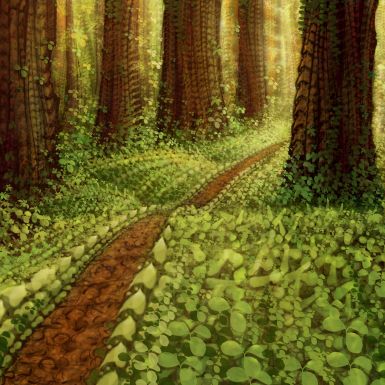 This ep combines the two previously released remixes by Kaya Project and Castanea with a new one from long time Interchill friend Adham Shaikh.  Adham revisits and remixes the track Fertile Ground which features the vocals of Rising Appalachia's Chloe Smith.  As ever, Adham finds the sweet spot and amplifies it and Chloe's vocals truly shine.

Adham Shaikh is an interstellar traveler specializing in global sounds of bass. Fusing Dance culture with the ancestors' vibrations, Adham's music transcends time and place. A mix of styles and forms from ambient to progressive, glitch hop to trip hop, klezmer to ragas and a bit of dub n breaks to blend it all together with tribal beats to get the feet moving.
Adham has released w many labels + sonicturtlemusic.comhttps://linktr.ee/adhamshaikh

Chloe Smith is best known for Rising Appalachia, who have just released a new album titled The Lost Mystique of Being in the Know.  Their recognizable sound merges multiple global music influences with their own Southern roots.  https://www.risingappalachia.com/